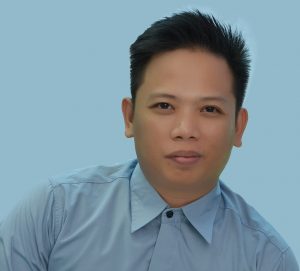 Guest Bio: Rafael Deramas is an entrepreneur and expert digital marketing from Cavite, Philippines. He has been helping businesses grow for 10 years and have worked with more than 100 clients. Rafael is the CEO and founder of Upranx Digital Marketing. His mission is to bring even the smallest of businesses into the webspace.

Segment overview: Upranx Digital Marketing is a digital agency from the Philippines that was established in 2010 as an SEO company. Over the years, they have developed their services and started offering PPC, web development, PR marketing and social media management. The company’s name was changed twice – they were formerly known as Search Engine Primacy, then became Eximius Digital in 2014, and now as Upranx. The business might have undergone a number of renovations over the past few years, but their goal of bringing cost-effective digital marketing to the world has never changed. Joining us in this interview is Rafael Deramas, CEO and Founder of Upranx, to talk about his business ventures and why offshore teams from the Philippines are ideal as business partners.

To know more about Upranx, listen to the podcast below.

Our talk with Rafael Deramas begins at the 36:48 mark of the podcast:

Henry Acosta:  Hi. You’re listening to the Outsourcing and Offshoring Philippines podcast and I’m Henry Acosta. Our guest today is Rafael Deramas. He is the CEO and Founder of Upranx Digital Marketing. Upranx is formerly known as Search Engine Primacy and XM Use Digital. They’ve been in business since 2010, but now they’re called Upranx. They provide digital marketing services to all types of business whether you’re a small start-up or even a huge corporation. Welcome to the show, Rafael. Thank you so much for joining us today.

Henry:  I just wanted to ask, can you give us a little bit more background about yourself and just tell us about who you are and what you do for Upranx?

Rafael:  I’m Rafael and I’m the CEO of Upranx. Although I am the CEO, the structure at Upranx is very linear so up to this point, I still work on a couple of projects and clients. It’s a very collaborative environment so there’s no real boss figure in the company.

Henry:  That’s interesting. Can you tell us about Upranx? What does Upranx do and what kind of services do you guys provide?

Rafael:  Ten years ago, we started with just offering SEO to our clients, but eventually, we started offering other things like PPC, web development, PR marketing and social media, stuff like that. Basically, we’re a one-stop source of digital marketing.

Henry:  Well can you tell us a little bit about digital marketing and why is it a trend nowadays with outsourcing?

Rafael:  I think the important part of establishing a business today is making sure that you are present online. Over the years, people have grown fond of social media like Facebook and every home has their own computer, so it’s important that a business is seen online. A business looks a lot bigger if they are present online than just having a small physical location.

Henry:  Yes, that’s very true. Well let’s talk about the Philippines for now. Why is the Philippines so attractive as a place for outsourcing with regards to digital marketing and SEO?

Rafael:  I think, the Philippines isn’t really the cheapest country that offers offshore outsourcing services but we have a lot of highly skilled people around here. It’s not only digital marketers, SEOs and web developers, we even have very good English speakers that work on call center companies. I think it is more of the skills that Filipinos can bring to their table rather than how much they can save from outsourcing offshore.

Henry:  Well, can you tell us about Upranx? What would be the benefits of working with you guys?

Rafael:  I think the benefit of that, would be having security that we are taking care of their business as much as we are taking care of ours. The vision of Upranx is to just keep small, so we can keep track of everything we are working on. We only have 10 staff on board for the last, I think we started getting new staff around 8 years and we never even considered to add people on the team because that means we would have to take in more projects and we would like to focus on the projects that we have at the moment.

Henry:  Speaking of projects and clients, when you work with clients and you start working with them, what are the things that they should know before they get started with Upranx?

Rafael:  I think one of the things that they should know is that they’ll be working with the CEO directly but I’m not really a CEO like person. I just consider every client as our friend and we’re very casual with them as much as we are casual with everyone in the company. We are very transparent with everything – from reports, to the stuff that we do, and deadlines, roadblocks, whatever they are. I think it’s the most important part of our business, it’s being transparent with everyone. That includes our clients and our people.

Henry:  Well with your clients, let’s say you work with them, what are they most surprised by when they work with you guys?

Rafael:  Mostly they’re surprised by the culture. They don’t expect the CEO to be working on their projects directly. I think that’s the number one surprise they get when they work with us.

Henry:  When they talk to you, do they have any misconceptions about the Philippines and about working with your company?

Rafael:  Misconceptions, not really a misconception but more of trust issues. Most of the clients that we have worked with over the last few years have already experienced outsourcing from other countries and from some companies here in the Philippines and their services were pretty bad, so they were just looking for a company that can offer them better costs and of course a better service.

Henry:  How are your clients doing right now and what’s been the results of your work with them?

Rafael:  At the moment, we are working with just 11 clients. These clients range from small businesses to corporations and publicly owned companies so we have a few. And they’re happy with our services, it’s because they can call us anytime. We are online almost 24 hours a day. I always keep track of everything, so they are very happy with that.

Henry:  I see and I think it’d be interesting for other people to know that when they look  at a website and that they found it, just because a small company actually helped it get boosted from the back pages of Google to the front page. Have you ever had clients visit your offices and work with you and your team?

Rafael:  Yes. One client actually went out swimming with us at the beach and dined with us at local restaurants.

Henry:  It sounds really you guys had a lot of fun.

Rafael:  Yes and we want to keep it that way.

Henry:  Alright. Well how do you usually get your clients?

Henry:  Well can you describe to us what kind of business is your ideal client?

Rafael:  We really don’t have an ideal client except that we don’t work with adult, drugs and illegal stuff. So basically if it fits our morals, then we’re okay with that.

Henry:  That’s good that your company brings value to each business move.

Rafael:  We are a very multicultural staff, so I think it’s important that we should take into account everyone’s opinions. Even if one person on the team doesn’t want to work on a project, we don’t take it.

Rafael:  Yes, we want to keep it that way.

Henry:  What kind of take away message do you want our listeners to take away from this interview?

Rafael:  I think for offshore companies, they should trust Filipinos more than anyone else. While I would agree that there were companies that screwed up over the last few years, there are legitimate companies here in the Philippines and they offer better service and the best value for money. This country has a very good pool of talent compared to other countries. I think it will be very worth it for their business.

Henry:  For those interested in talking to you Rafael and finding Upranx, where can they find you guys?

Rafael:  They can visit our website at upranx.com. Our office location is here in Cavite in the Philippines. We’re about one hour from the Manila International Airport, it’s a very small community. We’re we’re keeping our operations here because the costs are lower and we can even take our clients for a tour.

Henry:  Well that’s all our questions for today, Raf. Thank you so much for coming on the show.

Henry:  That was Rafael Deramas, the CEO and Founder of Upranx Digital Marketing. To know more about Upranx, visit their website at www.upranx.com. If you want to outsource and offshore, you can check out our podcast so you can learn more about the different companies that service them in the Philippines at www.offshoring.com.ph. We’re also on SoundCloud and iTunes and YouTube. You’ve been listening to the Outsourcing and Offshoring Philippines podcast and I’m Henry Acosta.

This website uses cookies to improve your experience while you navigate through the website. Out of these, the cookies that are categorized as necessary are stored on your browser as they are essential for the working of basic functionalities of the website. We also use third-party cookies that help us analyze and understand how you use this website. These cookies will be stored in your browser only with your consent. You also have the option to opt-out of these cookies. But opting out of some of these cookies may affect your browsing experience.
Necessary Always Enabled

Any cookies that may not be particularly necessary for the website to function and is used specifically to collect user personal data via analytics, ads, other embedded contents are termed as non-necessary cookies. It is mandatory to procure user consent prior to running these cookies on your website.